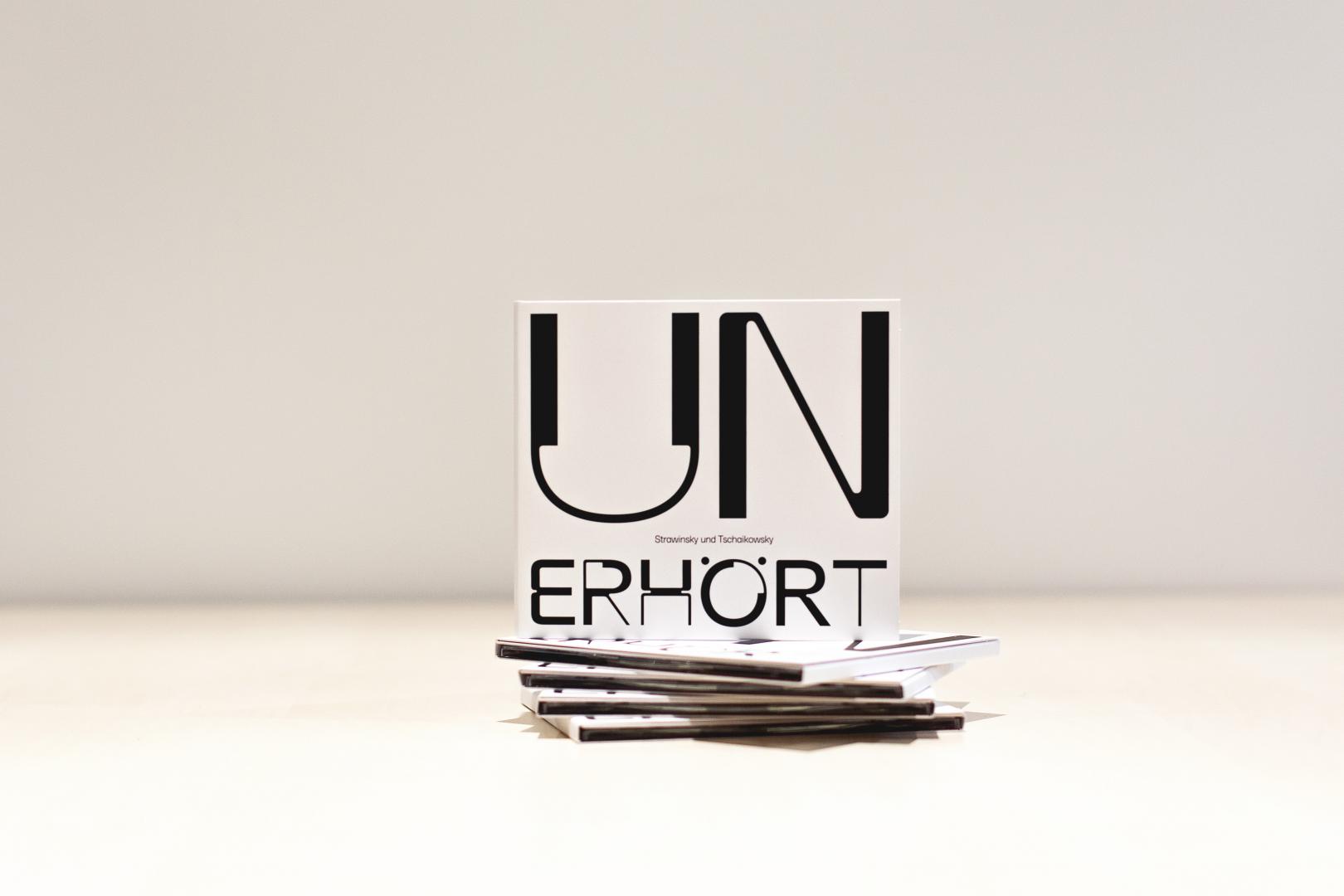 What unites the masterful changes in style and sound, Stravinsky's brute rhythm and Tchaikovsky's elegant melodies to create this fascinating and moving listening experience? Conductor Vassilis Christopoulos and concertmaster Felicitas Schiffner agree: "The richness of colors, the passion, it completely gripped us. And the stylistic variety, which remains so unmistakably Russian in the most diverse ways!"

The new CD with orchestral works by Stravinsky and Tchaikovsky, the soloist Utku Asan (piano) and the orchestra of the HfMDK under the direction of Vassilis Christopoulos can be purchased online for a nominal fee of 5.- Euro.

Not just a concert recording but a professional production

For the first time, not a concert recording, but a professional production at a historically significant location: conducting professor Vassilis Christopoulos finds a creative answer to the pandemic restrictions. In the university's Great Hall, built in 1930 as a recording studio for the then Southwest Radio in the style of Frankfurt's modernism, he continues the tradition the recordings made there in the past. The unusually large distance between the musicians, which makes it difficult to play together, is not audible in the recording - thanks to the great performance of the university orchestra and the three sound engineers. "Tchaikovsky was of all of us the most Russian," judged his colleague Stravinsky, who was a good 40 years younger. And Debussy, in turn, said of Stravinsky in 1916: "He is a young savage. In old age he will be unbearable. But at the moment he is unheard of". 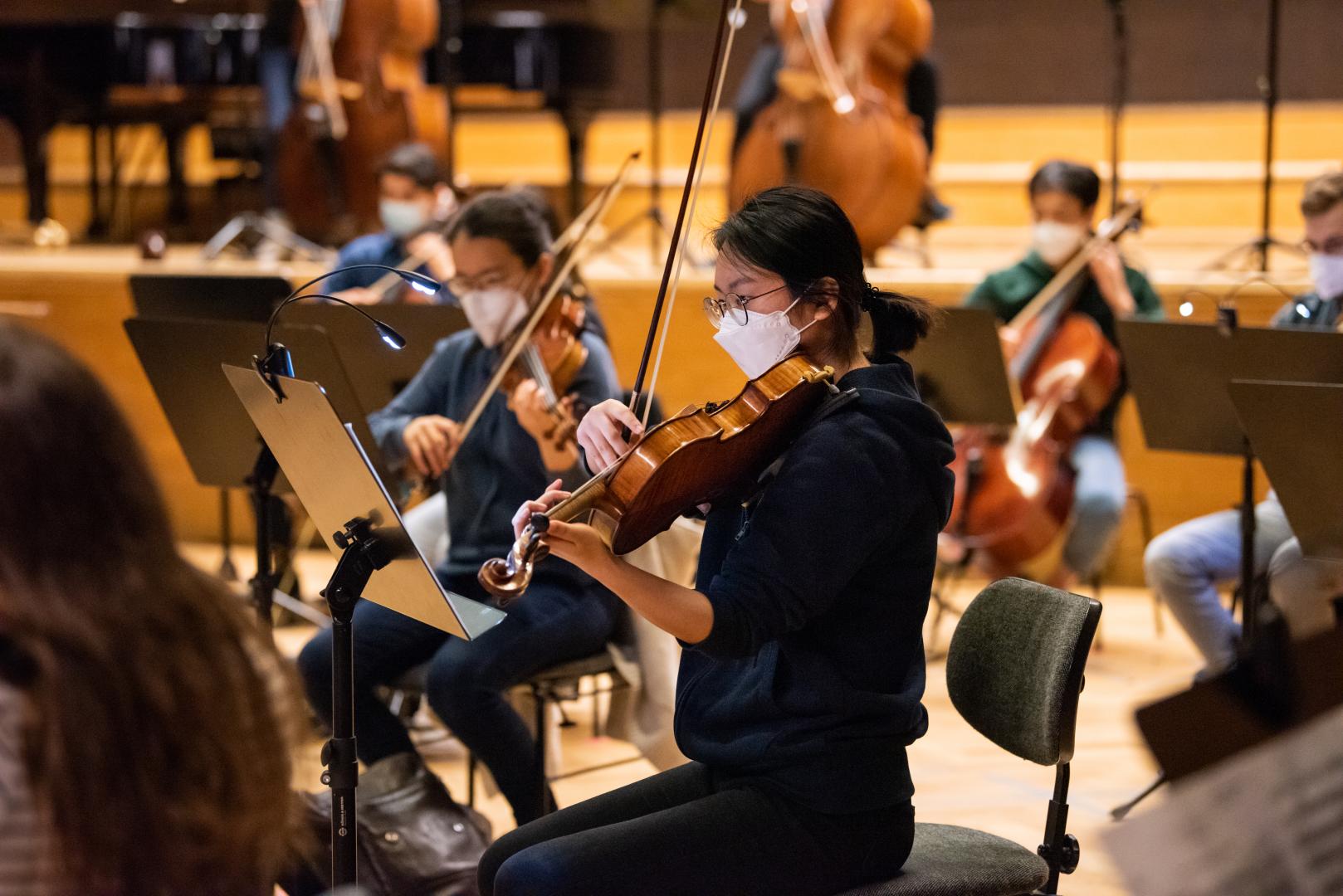 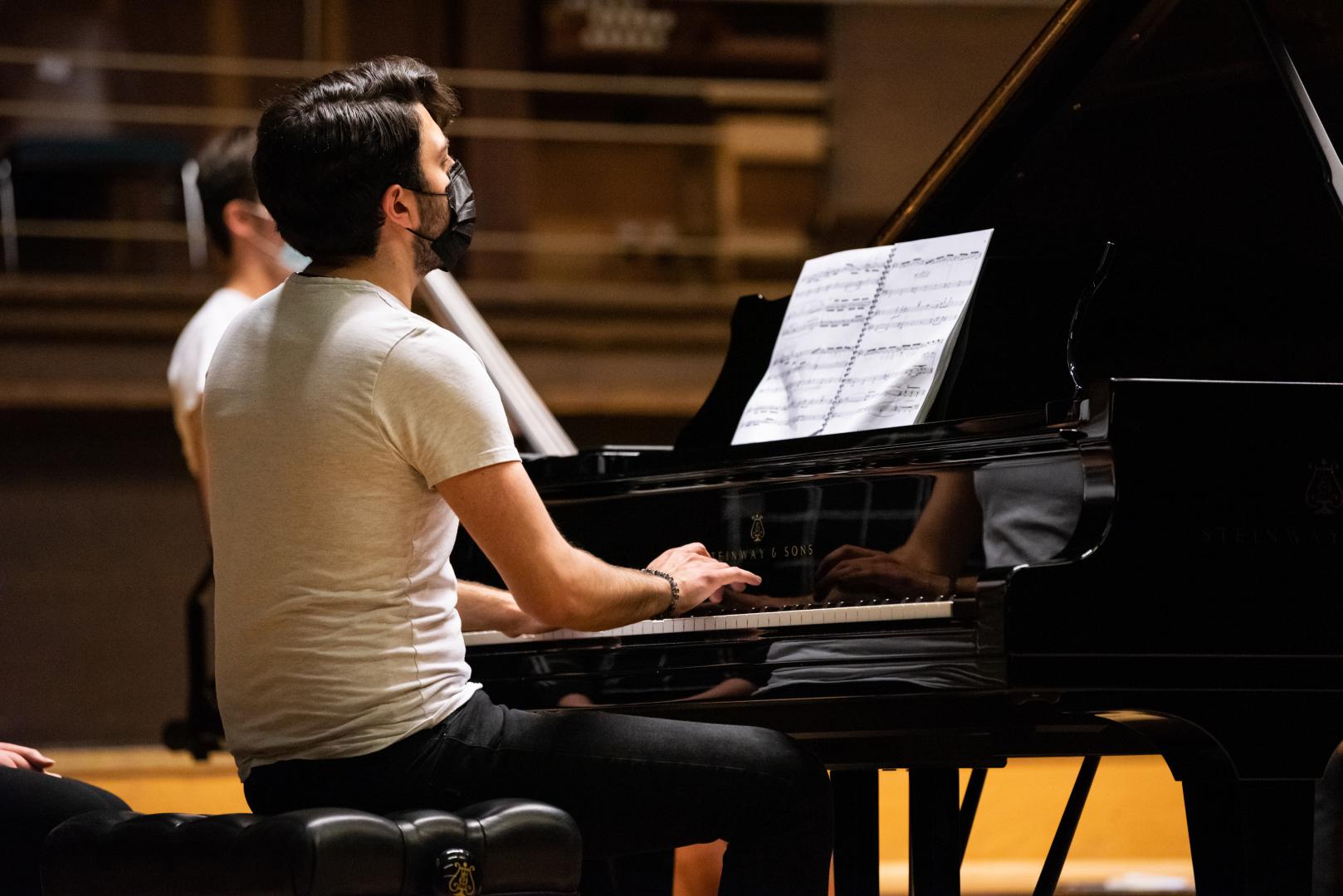 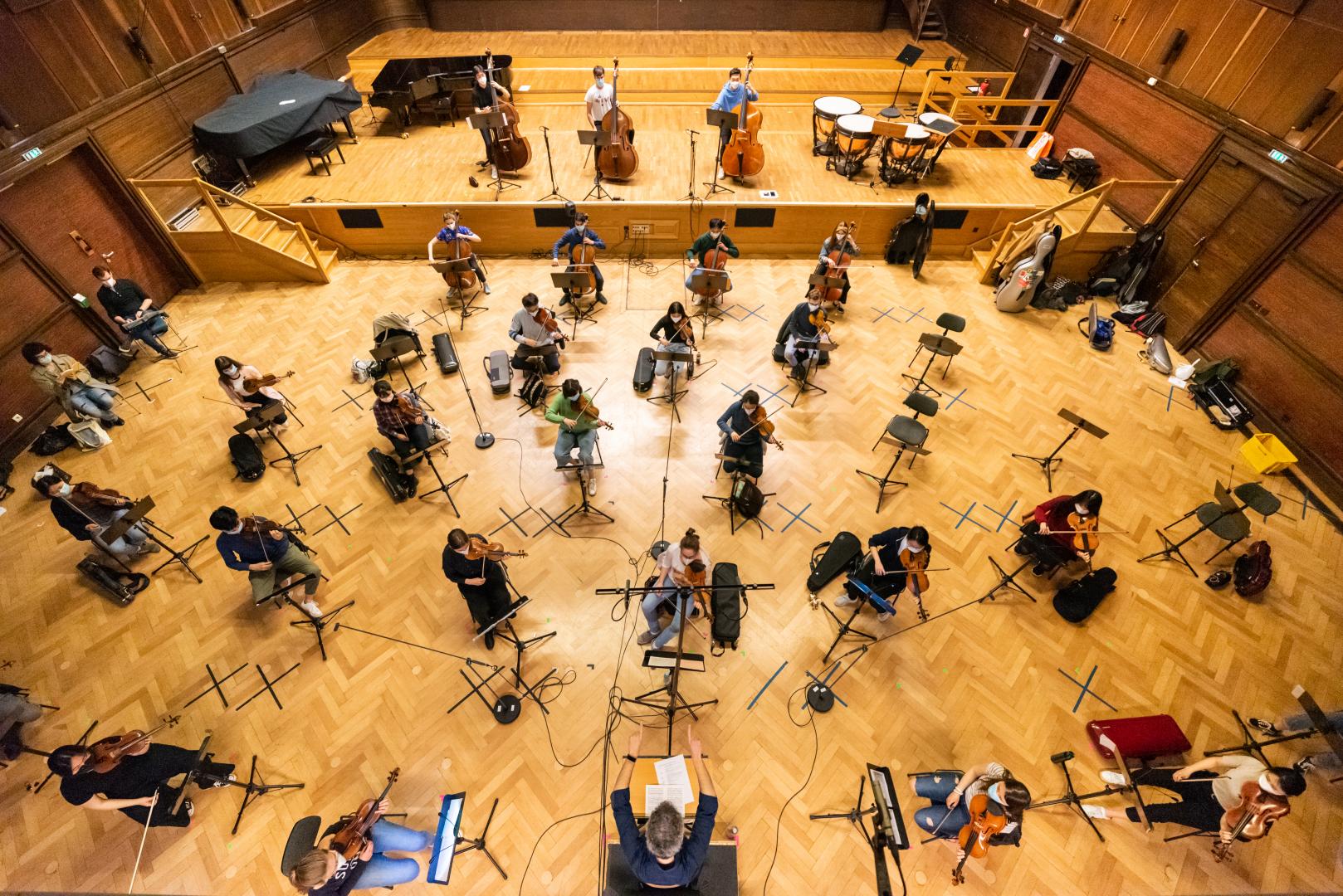 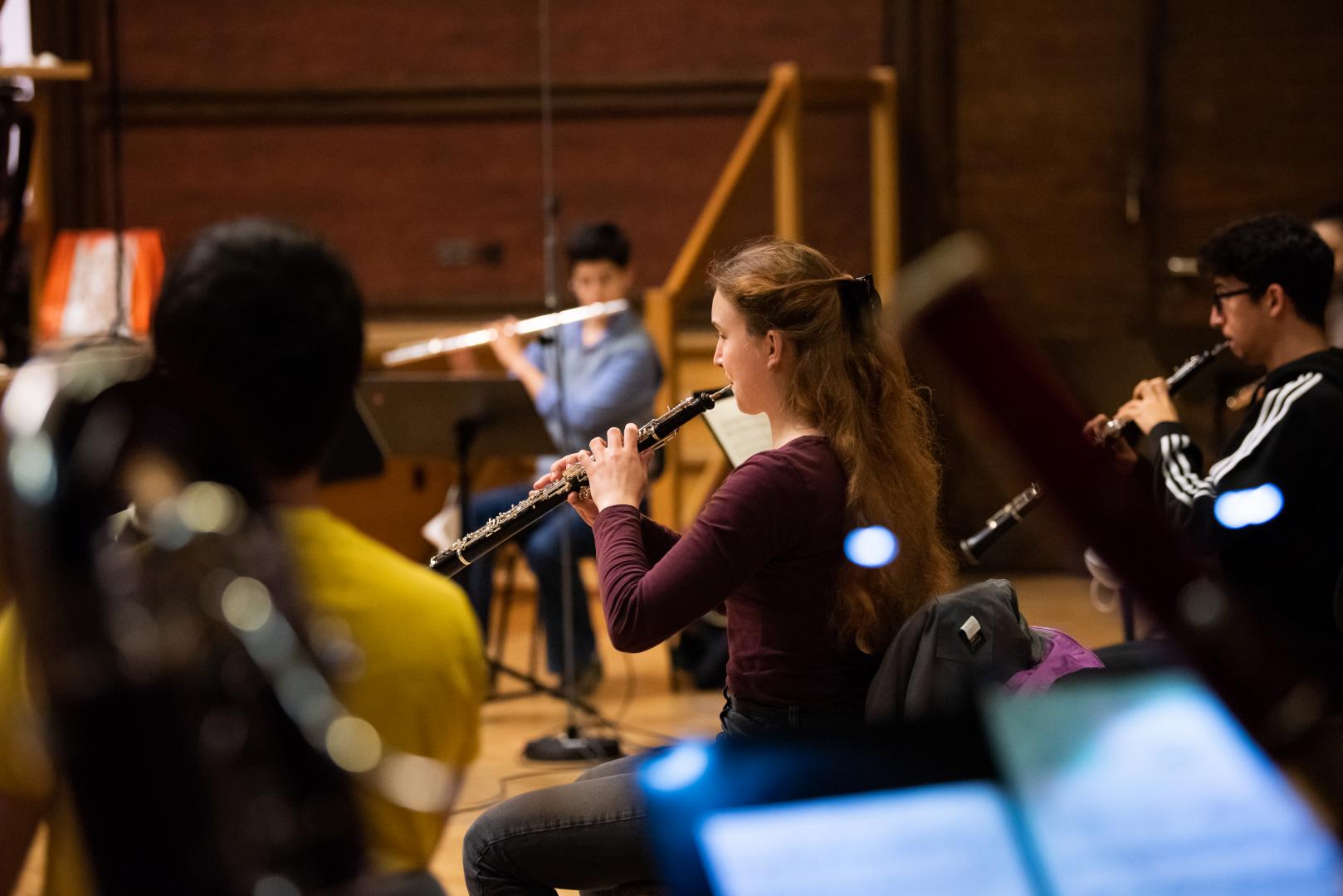 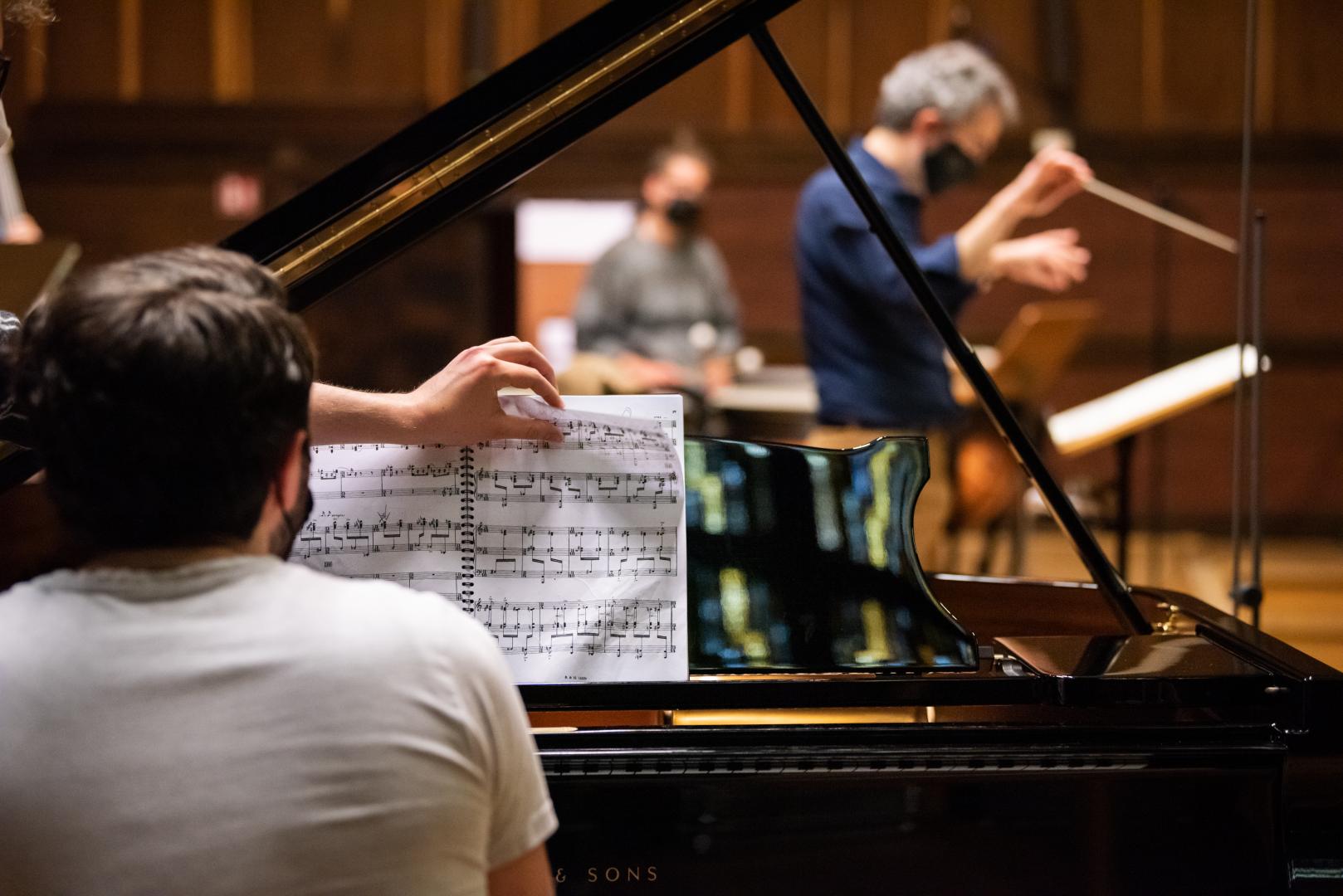 What makes one composer quintessentially Russian, and the other unheard-of? Both have Russian roots, both sought exchange with the musical world in the West.

Stravinsky – innovator of modernism and composer of the avant-garde – gladly and often took up the most diverse styles of music history. His seemingly archaic wind symphonies impress with their strangely rigid, ritualistic music. The Concerto for Piano and Wind Instruments is a work of surprises and breaks: stylistically, harmonically, rhythmically. Baroque elements in the first movement alternate with lyrical-romantic ones in the second, reminiscent of Brahms, up to the French-like third movement: playful, elegant, sensual. An extremely virtuosic work for the pianist! "Utku Asan shows a mastery, technically and musically," Christopoulos said.

Tchaikovsky's musical language is European, late Romantic with an unmistakably Russian character. In his Serenade for String Orchestra, the stylistic contrast is particularly palpable and appealing: the (pre-classical) sweeping first movement, the cheerful, popular waltz, the Romantic-legendary third movement, and the fiery-tempered final movement with Russian color. Despite the difficulty, it is not by chance one of the most popular compositions of all string orchestras.

It is a special ensemble, the orchestra of the HfMDK. Because the members change so regularly: Within the framework of the artistic instrumental studies, students come together again and again to form a homogeneous, professional body of sound. They learn to play together and develop a stylistically broad repertoire. At the end of a work phase there is usually a concert or a recording. The orchestra also regularly gives guest performances outside the university, for example in the broadcasting hall of the Hessischer Rundfunk, in the Heilig-Geist-Kirche in Frankfurt or in the Basilika Kloster Eberbach at the Rheingau Music Festival.

Vassilis Christopoulos has been responsible for orchestral training at the HfMDK as Professor of Conducting since 2016. He has initiated new educational concepts for orchestral playing and conducting as well as established national and international networks – impressively expanding educational opportunities for students. Christopoulos is Greek, but was born in Munich. He studied in Athens and Munich. A wanderer between cultures, he now performs with renowned orchestras at home and abroad. In October 2017, for example, he opened the Greek National Opera's new venue with a musical theater work by a German composer set in Greece: "Elektra" by Richard Strauss.

In the 1930s, Paul Hindemith traveled to Turkey several times. The country was interested in classical Central European music, and he supported reforms in music education. Today, Turkey does not need tutoring. It produces outstanding artistic personalities. Utku Asan was born in Istanbul in 1999 and began playing the piano at the age of seven. He studied in Istanbul with Ece Dirmici, then at the HfMDK first with Prof. Alexej Gorlatch and currently with Dmitry Ablogin. 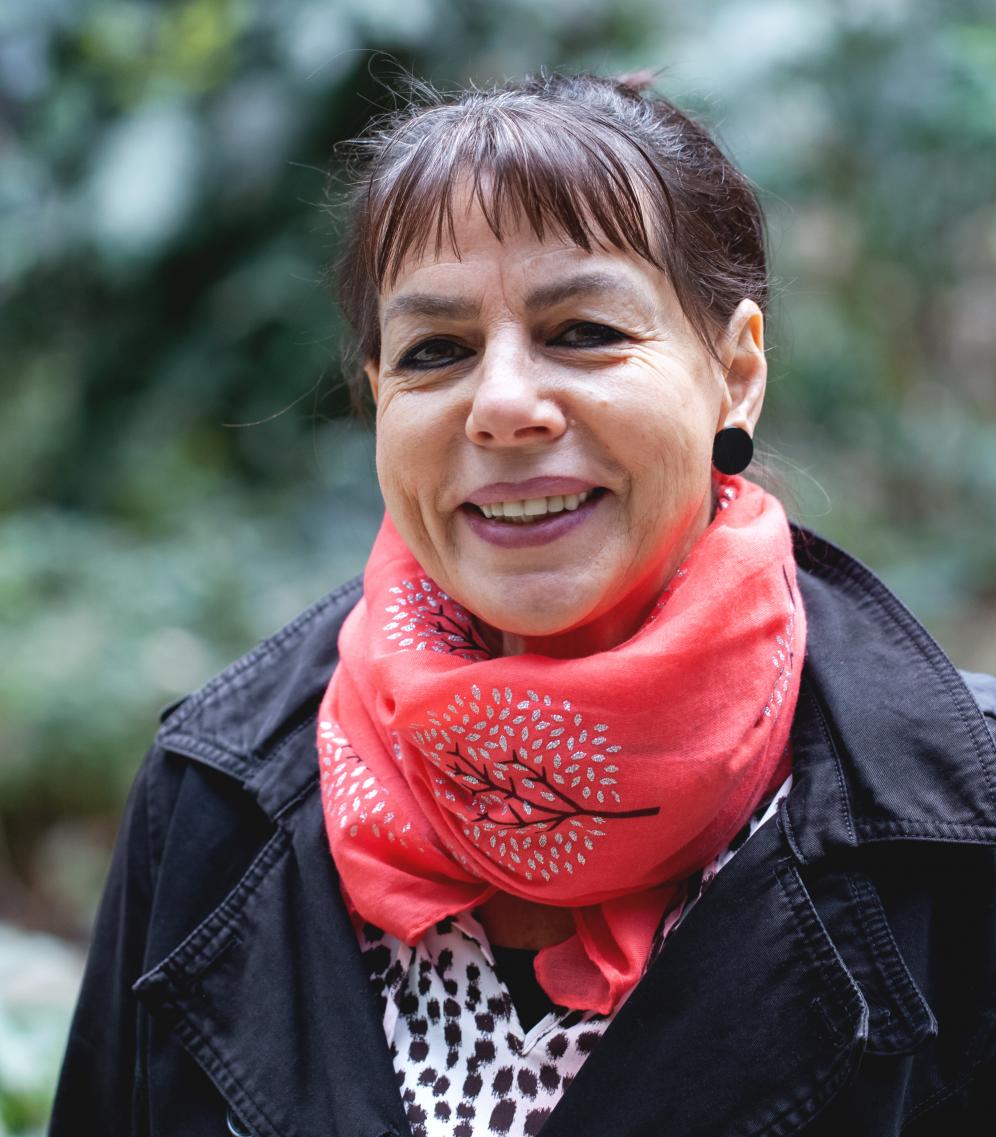 Dr. Sylvia Dennerle creates and updates this profile personally - and is consequently responsible for texts, media, external links and all other content.